A curve of gold will glint on the Prince George Playhouse horizon this weekend. A 50th anniversary will be celebrated with the golden hum of community love.

Few organizations of any kind can claim 50 consecutive years of enterprise and achievement, so it's something to sing about, but never better than by the Prince George Cantata Singers themselves.

The venerable community choir is calling their 50th anniversary special event A Curve of Gold as both a title on the marquee and an underlying theme. The golden anniversary is an opportunity to sing a collection of their greatest hits, their gold records as it were, and look back on five decades of quality music.

Curve of Gold is a line from a poem called Barter by famed lyric poet Sara Teasdale. In it she writes, "Life has loveliness to sell, Music like a curve of gold, Scent of pine trees in the rain, Eyes that love you, arms that hold." The reference to a flash of luxury - it could be a nugget in a miner's pan, it could be a shaft of sunshine behind a cloud - struck a vein with the Cantata members.

"We have a special piece of music we'll be singing that night, a piece no one has ever heard before," said Valerie Chatterson, a singer with the choir since 2016 and their board's vice-president. "The piece was written by Gerda Blok-Wilson, who will be there with us to hear and celebrate. We commissioned her to write it for us, she is a composer and also our former music director, and she based her piece off of that Sara Teasdale poem that gave us our title. She called the piece Life Has Loveliness To Sell and she has dedicated it to the memory of her mother, Catherina 'Rini' Blok, who was a founding member of the Prince George Cantata Singers. We are so honoured to be able to sing it at our special concert."

The current music director, Neil Wolfe, went searching for selections to sing that have been particularly successful for the choir over the years. He drew out some classics of the pop-vocal genre, and also emphasized diversity to show off the Cantata flexibility. There is Four Strong Winds, Blue Moon, Both Sides Now, Wild Mountain Thyme, Song for the Mira, and many more. From the Gershwins to Leonard Cohen, from Kipling to Yeats, the show is designed to showcase their diversities as much as their technicalities.

The musical anchor for the Cantata Singers is piano accompanist Maureen Nielsen.

"We could not be as an effective a choir without Maureen. We appreciate her so much, she is fantabulous as a musician and a firend of the choir," said Chatterson.

But Nielsen is not the lone instrumental guest for this anniversary event. The list of special musical friends sharing the stage includes Flora Camuzet on cello, Ariane Crossland on flute, Jose Delgado-Guevara on viola, Gabrielle Jacob as first violin and Josette LaForge as second violin, and David Schulte on guitar. All are well known and acclaimed performers.

Some of the choir members will also get the opportunity for solo singing, as needed by the material Wolfe has chosen. The featured singers for Curve of Gold include first soprano Chatterson, baritone/bass Barry Booth, first soprano Melissa Goffic, first soprano Marina Hill, bass Norman Lee (he will also recite a poetic selection), bass Ronald Prochot, and first alto Joanne Shaw.

A very special addition to Curve of Gold is a look into the choir's future. The Cantata Singers will host the District 57 Tapestry Singers, the citywide choir of school-aged singers led by Carolyn Duerksen (accompanied by Nielsen, Evie Ladin, Fabiola Toyata, Barb Parker and Katherine Benny), for a speciall youth showase within this celebration of the past. The young voices will sing a five-song set including a pair of tunes co-pnt. A slide show of the choir's early days will be one of the momentous features of the night. 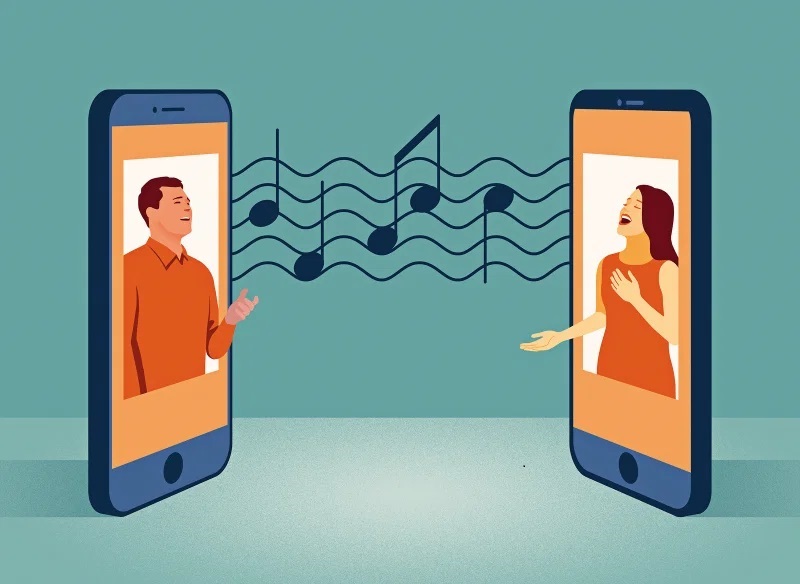 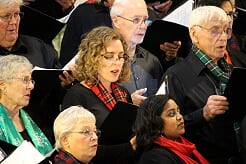 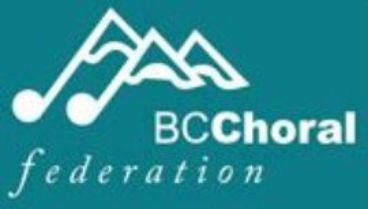